Bits & Pieces…interesting stuff to help you think, giggle or impress your friends: 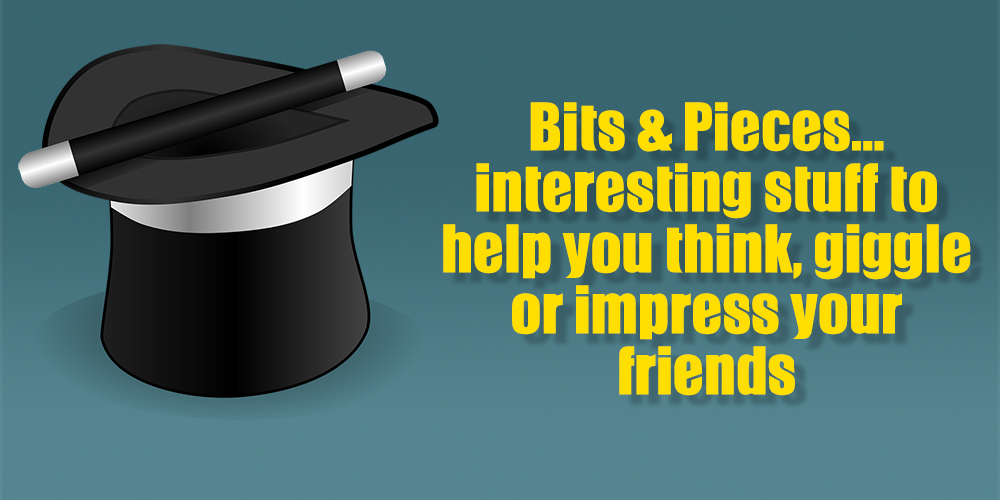 (Time to read this Blog section is about 60 seconds)