Don’t let your employees write their own paycheck:

(Time to read this Blog article is about 40 seconds)

Back in my “Cooper Canada” days as a manufacturer, we had a lady working in our Accounts Receivable Department who was allowed to write her own paycheck, until we finally caught on. 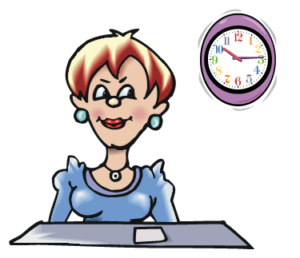 Her husband was an elevator repair mechanic who belonged to a Union that seemed to go on strike with alarming frequency.  And it was then that Laura undertook to write her own paycheck.

Here’s how it worked.  Most of the time Laura was able to do her job in the normal 40 hour work week.  But, whenever her husband was on strike and they were down to one income, her job somehow magically expanded in scope and complexity so that it became impossible to complete her work without at least 20 hours of overtime each week, all paid at time and a half, of course.

It took a while for us to catch on, but when we did and laid the facts out before her, she admitted her little scam.  We agreed that when a similar situation arose again we would explore, together, legitimate opportunities to help out and then we moved on.  Laura was great at what she did and she stayed on the team but with a clear understanding about who writes the paychecks.

The lesson here is to be aware of what’s going on in your business, and don’t let your employees write their own paychecks.  It all adds up.